Time to get this blog updated

I have not been active for a long long time.
Looking at some Freelance sites and there is one that requires a portfolio for Consultants.

Yip, IT Consultant that needs a portfolio. Anyway, a blog should be the perfect spot.

Lately, I have been busy with the following technologies. Mostly Architecture and Planning.
very excited about all the possibilities around RPA.

Posted by Danie Claassen at 10:12 No comments:

Prerequisites:
Win 10 (Win 7 is suppose to work but i had issues)

Then you need to create a JSON file.
https://docs.microsoft.com/en-us/sharepoint/dev/declarative-customization/site-design-json-schema

The JSON file (At this moment, 2018-05-17) can include:
Full List of supported Actions
https://docs.microsoft.com/en-us/sharepoint/dev/declarative-customization/site-design-json-schema

Posted by Danie Claassen at 13:11 No comments:

These Periodic Tables can be very handy.
Thanks icanSharePoint 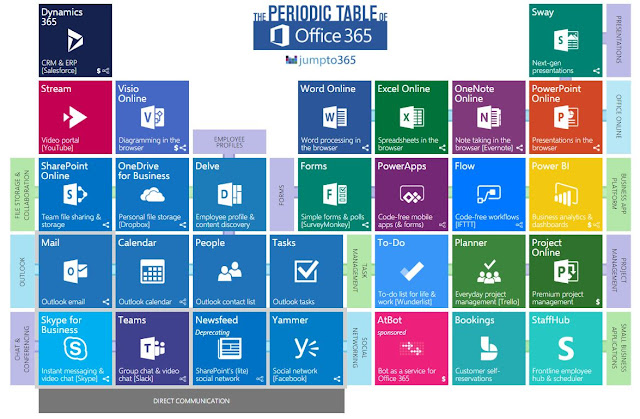 Posted by Danie Claassen at 13:54 No comments:

I had a POC where i configured Azure AD Sync and wanted to remove all the users from O365 and stop the sync.

To get the users removed i did the following:

Uninstalled Azure AD Connect from the AD Server.
Then i installed to apps to connect to O365 Powershell

Once installed open and run:
Connect-MsolService
Somewhere it asks for a password. Type a O365 Global admin password.

Once done you can confirm the setting with:
(Get-MSOLCompanyInformation).DirectorySynchronizationEnabled

Now give it some time. 20min or so.
You can go to O365 Users and delete all your synced users.

To enable your AD Sync you can run this command again:
Set-MsolDirSyncEnabled -EnableDirSync $true
Now you will need to give it some more time. Was told 72 hours then it should start Sync again.
Mine took about 4 hours when i noticed the users are back on O365.

Now i opened Powershell on my Onprem AD Server and ran the following:
Start-ADSyncSyncCycle -PolicyType Initial
This will synchronize the objects back from AD to Office 365.

To check if the sync completed you can open "Synchronization Service" 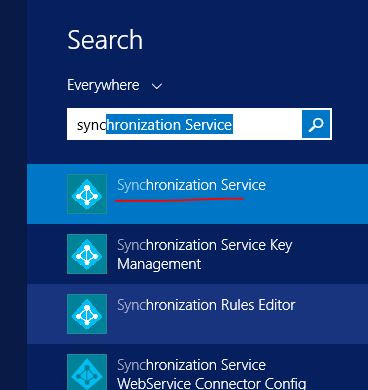 This can give you some more info on your sync. 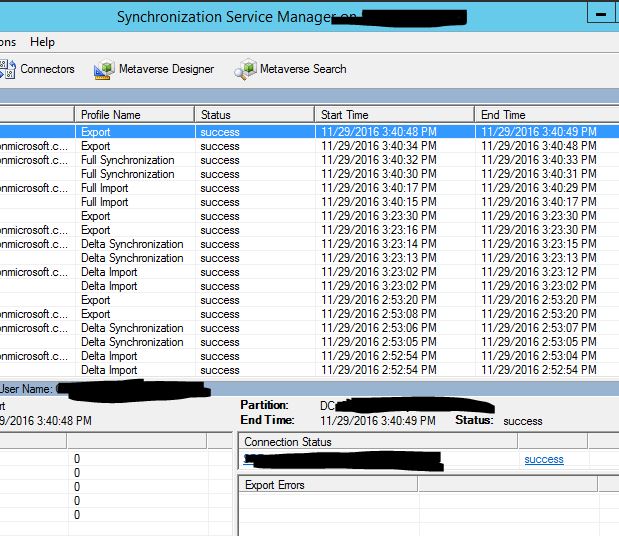 This is a straight copy and paste from Rambabu's site.

Had this issue where i access sites and immediately my IE Crashes.

Turns out to be a IE Addin.
Go to your "Manage Add On" in Internet explorer.
Find the "SharePoint Export Database Launcher" Add on and disable it. 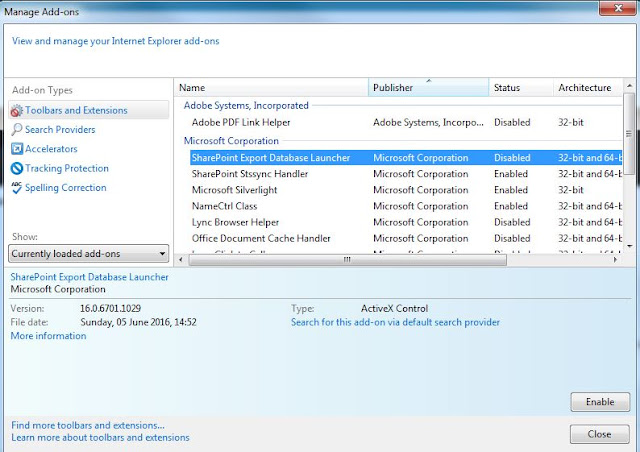 Stop-SPDistributedCacheInstace -Graceful is not graceful!!

Came across this when i posted on a forum regarding appFabric and Nauplius pointed out to me that the command that everyone is using is not truly graceful...

Edit the server name in the script below.
Prob savest if you copy the code from the link provided below.


It is best practice to do it on all the servers running SharePoint if you decide to move app fabric around in the future.

Do you install CU updates on your SharePoint farm?

Looking for my Travel Blog: